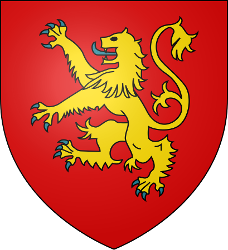 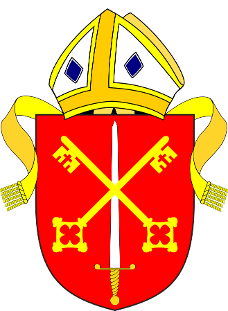 There appears to have been a market at Ashburton by at least the late 1100s. In the Cartulary of Buckfast Abbey there is a grant from Roger de Nunant for the safety of his soul and that of his wife Alice. The wording is: 'Libertate, tamen, retenta eundi et redeundi michi et hominibus meis per uiam de Norbroc ad niewfort, ad forum de Aspernetune - To myself and my men, however, I retain free right of way from the North Brook road to the New Ford, on our way to Ashburton market' .*

Dr Samantha Letters says that the reference is to a charter of Henry de Nunant, and to an earlier one of his father Roger. She dates it to before 1176-77, when Roger de Nunant died.

More on the Buckfast Cartulary.
'There is a manuscript on parchment lying before me as I write...It bears no date and the seal has been cut off, but its authenticity is beyond a doubt. A thirteenth century copy of it exists in the portion of our chartulary in the archives of Exeter Cathedral, which was discovered a few years ago and published by Prebendary Hingeston-Randolph at the end of Bishop Grandisson's Register. It is the oldest known original charter belonging to St Mary's Abbey at Buckfast.'
History of St Mary's Abbey of Buckfast (in the County of Devon), 760-1906, Dom Adam Hamilton, 1906, p37

A document concerning St Andrew's Church dates back to the late 1100s, when John Le Chaunter, Bishop of Exeter (1186 - 91) gave it to the Dean and Chapter of Exeter Cathedral. 'The manor and church were then the personal property of the Bishop'.
Saint Andrew's Church Ashburton, A Guide and Short History, printed and publ by St Andrew's Church, 5th ed 2005/06

The document, probably in Exeter Cathedral reference D&C 610, is described as ‘Grant of Church to Chapter’ c.1186-91.
Thanks to Ellie Jones, archivist Exeter Cathedral, for this

Within the charter is a reference to the previous bishop, Bartholomew, who allowed a pension from the area's revenue to St Katherine's Priory in Exeter:
'Except an annual pension to the Nuns of Polslowe, which my predecessor of famous memory, Bartholomew Bishop of Exeter, gave and confirmed to them.'*

For more on the church, see St Andrew's Church, under Churches and Memorials

'Who have been autiently Lords of it [Ashburton] I can't determine, except I should judge it to have belong'd to the See of Exeter from these records: Anno 10 Ed 1, Peter Quivil, Bishop of Exeter, claim'd view of frank-pledge, and a gallows, with assize of bread and beer, at Ashperton. And in the next reign, Walter Stapledon, Bishop of that See, by charter ... obtained to himself and successors, Bishops of Exeter, a grant of a Saturday market, and a fair on the eve, day and morrow of St Laurence, viz August 9th, 10th, and 11th, at his manor at Ashperton, which fair and market are yet in being.'
Placita de quo war-to, A. 9 incip, 10. Ed 1
Rott cart. anno 3 E 2, w. 7. n. 21
Notitia Parliamentaria, or an history of the counties, cities and boroughs in England and Wales, Browne Willis Esq., vol II, London, 1716 p355ff
*Frankpledge - a system whereby a group of people were held jointly responsible for members of the group abiding by the law.
http://www.duhaime.org/LegalDictionary/F/Frankpledge.aspx - Accessed 22-12-2015

'Ashburton finds mention in the very earliest of our mining records - a letter in the Black Book of the Exchequer, concerning the proceedings of William de Wrotham, appointed Custos or Keeper of the Stannaries in the place of.  Geoffrey Fitz Peter, Justiciary of England, in 1197. Two months afterwards, on the 19th of January, 1198, Wrotham took the Stannaries of Devon in hand; and on that day, with the sheriff and various men of note, made enquiry, on the oaths of twenty-six wide and discreet jurors, concerning the weights by which the tin was accustomed to be weighed, and the custom to the king paid. One of these jurors was Osbert Prigge, of Ashburton. There was likewise a John Prigge, who may or may not have been related.
In this document* elaborate regulations for the management of the Stannaries were laid down...'
R N Worth, The Ancient Stannary of Ashburton, Tranactions of the Devonshire Association, 1876 vol 8, p312
*Worth says that a translation is given in the Appendix to De la Beche's Report on Cornwall and Devon

The Parliamentary Writs and Writs of Military Summons, collected and edited by Francis Palgrave, vol 1, 1827
See Election Fever under Gathering Together for more details.
26 Ed I means the 26th year of the reign of Edward I.