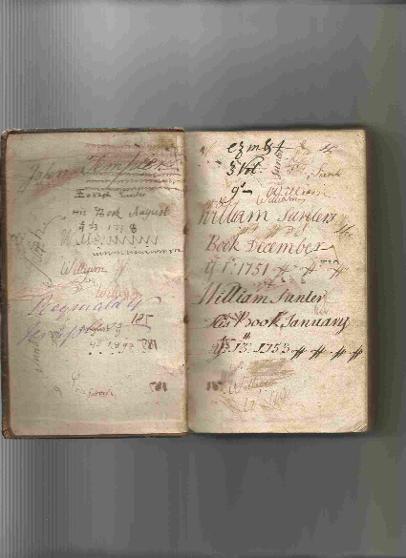 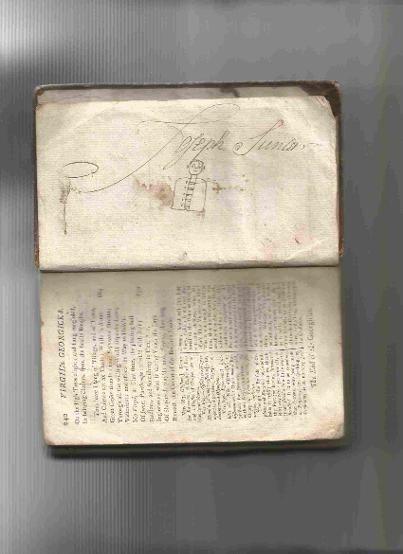 Above: Joseph Sunter.
The following four images are from the endpapers of one volume of The works of Virgil, by Joseph Trapp.
Four people have inscribed their names, and there are additional doodles.
Many thanks to Janet Brown for allowing me to use these images, and for information on the families involved. 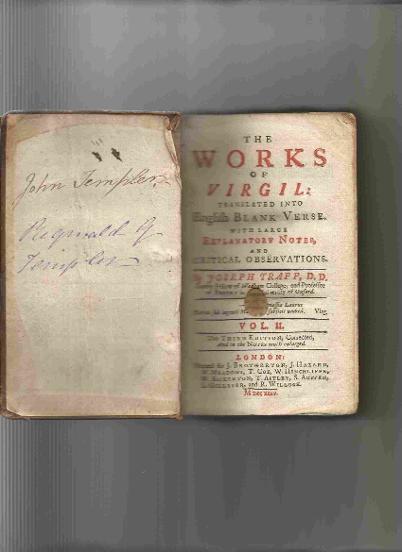 Above: Inscriptions by John Templer and Reginald G Templer 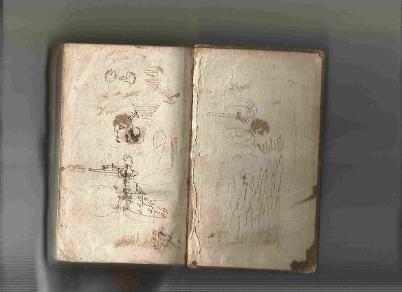