All About the Money

In July 1855 the Western Times reported that an old halfpenny had been found in a garden adjoining the town of Ashburton. It was inscribed Taunton 1657.
Western Times 28 July 1855, p7 col4

'As you occasionally insert engravings of medals, etc., I enclose one (fig 8) which is reckoned a great curiosity. Many diligent researches have been made for the token at, and in the neighbourhood of, Ashburton, in vain; nor do I believe one of its kind exists but with me, except the British Museum may boast the possession.
Ashburton tokens, with the maker's name, are in the hands of many. 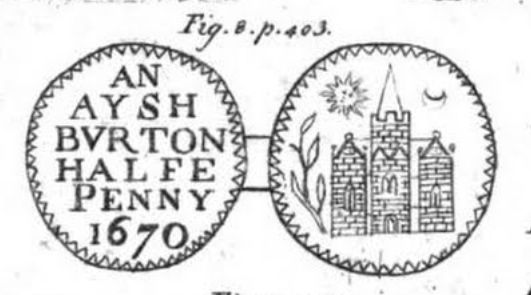 These were tradesmen's tokens, and were originally intended for the convenience of shopkeepers whose credit was good, coined by them and circulated, till some abusers of that liberty occasioned their prohibition. When current, those who coined them were, if solvent, obliged to give or account for their amount in silver on demand; they being only meant as pledges for such compensation...
...And if a private person's credit was sufficient to stamp a temporary value on such currency, much more might that of a body corporate (such as this of the enclosed is) occasionally coin and issue such halfpence in payments within their jurisdiction. What confirms the opinion I offer is, its having the Ashburton arms for its reverse, only omitting the saltire on the dexter side, and instead of it, putting the branch on that side which, in another engraving in my possession, I find to be on the sinister.'
Letter to the Gentlemen's Magazine, London, 1791, p403
Illustration between pages 100 and 101
'The tokens of Devonshire are numerous. Three towns issued nearly half the number, namely Exeter 57, Plymouth 24 and Tiverton 18; they are principally farthings. Town pieces were struck by Ashburton, Axminster (?), Bideford, Dartmouth, Moreton Hampstead and Torrington.
Ashburton:
1. O[bverse].  AN. ASHBVRTON. HALFE. PENNY. 1670 (In 6 lines)
R[everse]. (no legend) - a church, sun, crescent, branch with acorns* and a saltire; the Arms of Ashburton.

3. A variety has the Queen's head crowned, in place of the Initials.
Tokens issued in the 17th century in England, Wales and Ireland, William Boyne, London 1858, p48
*This would actually have been a teasel
Right: Ashburton half penny, 1670
Images © Dix Noonan Webb, coin, banknote, medal and jewellery specialists. Many thanks to Ian Kington, photographer, and DNW for permission to use these images.
See also the Virtual Museum, 1600s and before 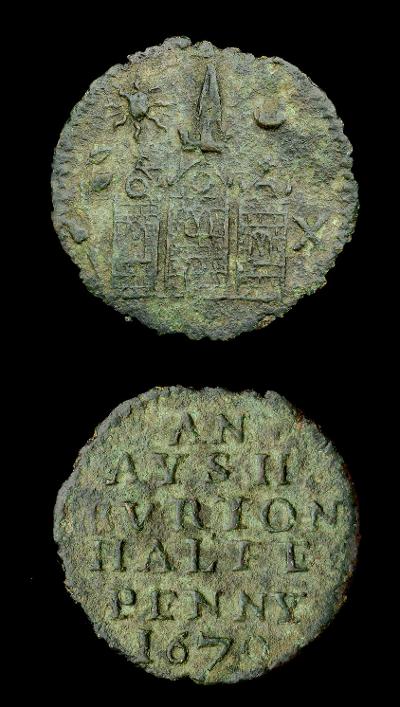 1872. A half penny with the name Walter Furnace, and the date 1668 and Ashburton on the reverse, was 'recently found in Chagford'. According to the writer of the article this is likely to be connected to the Furneaux family, who carried on the woollen trade for many generations and 'was always pronounced Furnace'.*
H S Gill, Devonshire Tokens Issued in the 17th Century, Transactions of the Devonshire Association, vol V, Plymouth, 1872, p226
*It seems a little odd to me that if the name was usually written as Furneaux but was pronounced as Furnace, it wasn't written as Furneaux on the token. 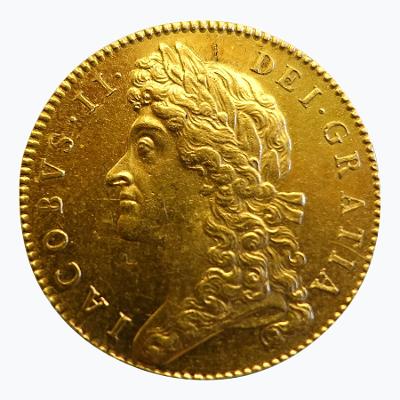 The will of Frances Corbyn of Ashburton, widow, was proved in 1744. In it she left several bequests of one guinea or five guineas of gold, including five guineas each to Frances Carlile and Aaron Tozer.
A guinea was one pound and one shilling.
Ref PROB 11/733/242 National archives http://discovery.nationalarchives.gov.uk
Left: A five guinea coin of James II, 1688.
Exhibit in the Bode Museum, Berlin, Germany.
Posted by Daderot on Wikipedia, available under Creative Commons CCO 1.0 Universal Public Domain Dedication.
*******
In 1817 a notice in the Exeter Flying Post announced a list of places where the new silver coin of the realm would be exchanged for the old. In Ashburton the coins could be exchanged at Brown and Co.
Exeter Flying Post 20 February 1817 p1 col2
*******

Throughout this site there are references to the money used in this country before decimalisation in 1971. Below is a short explanation of some of the coins in the 19th and 20th centuries. 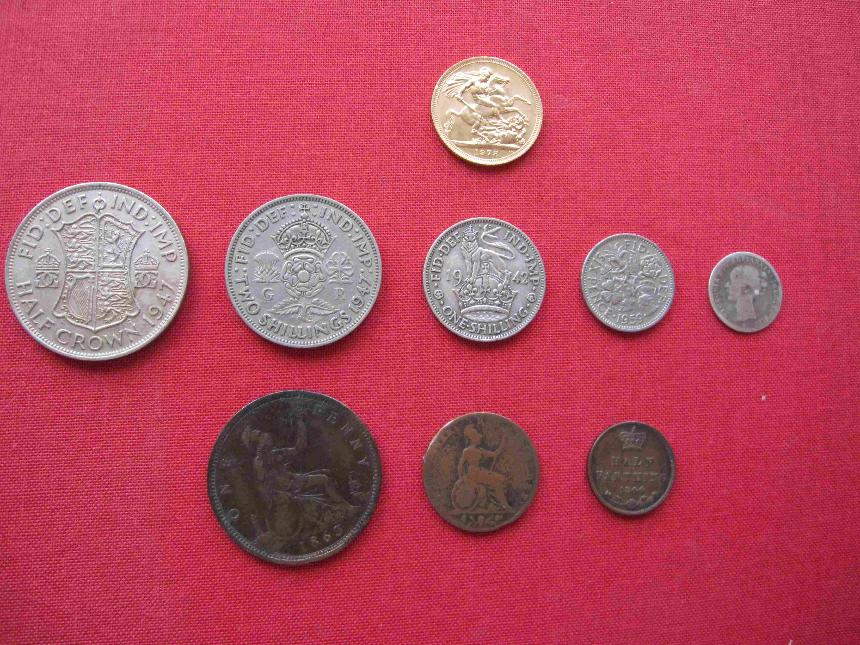 A pound, written as £1 or occasionally 1l*, could be in paper form or, for most of the period, could be a gold sovereign, as shown in the top row.

There were 20 shillings in one pound (middle coin middle row), and one shilling was written as 1s or 1/-

There were 240 pennies in one pound (bottom row extreme left), and one penny was written as 1d

There was even at one time a half farthing (bottom row right).

Next to it is a two shilling piece, or florin.

Then comes the shilling, and next to it is a sixpence.

For examples of what things cost in the middle of the 19th century, see Prices at Ashburton market, November 1848, in the Markets and fairs sub-section of Gathering together.

For finding out how costs compared with 2005 prices go to http://www.nationalarchives.gov.uk/currency/

Many thanks to the owner of the above coins (who wishes to remain anonymous) for allowing me to photograph them. 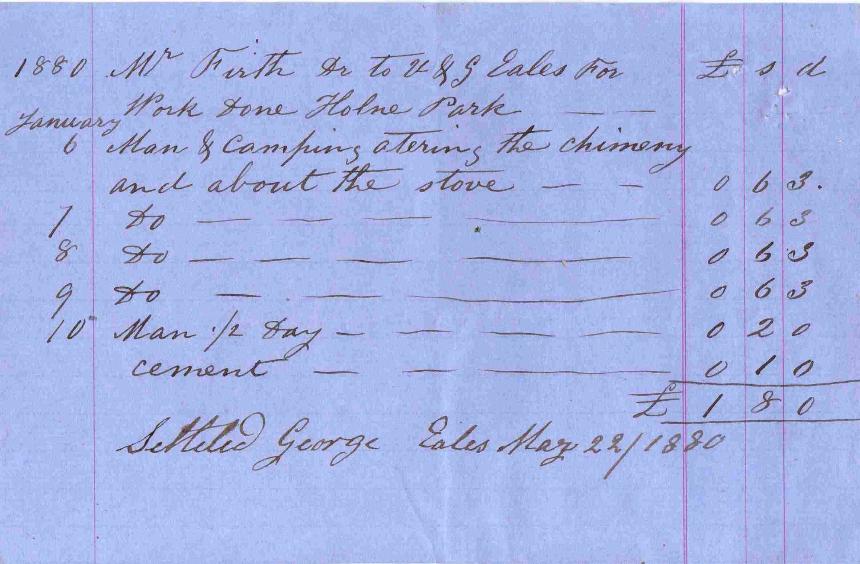