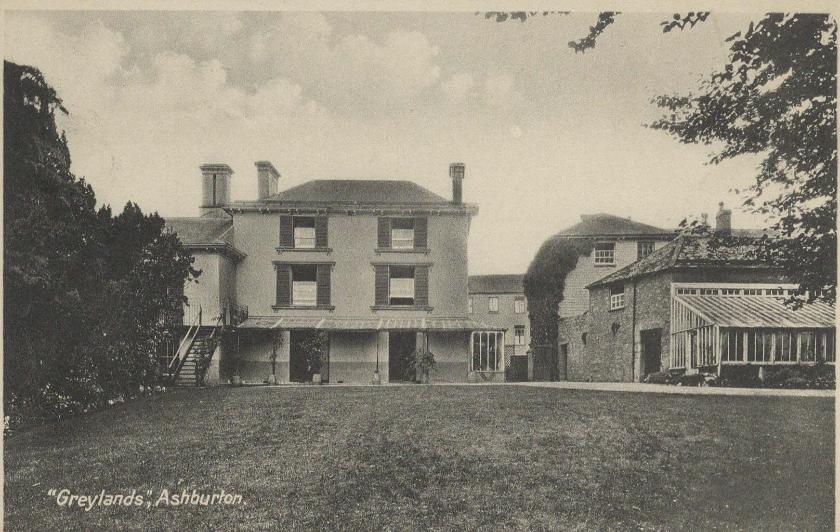 Above: Greylands
From my own collection

Running two private schools must have been difficult in the straitened times of the 1930s, although the closure of Ashburton Grammar School in 1938 probably gave the headmaster reason to hope that the numbers of boys at the Wilderness would increase as a result. But a year later war was declared, and this would have added to the challenges of attracting pupils to the schools.

But first there were practical difficulties to be overcome - Greylands does not seem to have been at all ready. 'Csvdevon', on the BBC website of people's wartime reminiscences, recalls 'I remember in 1939, when I was 16 and at a girls' boarding school, called Greylands, in Ashburton. It was a very small school with about 70 pupils of which 25 were boarders. It was a large house with about 3 other girls in my dormitory.

One vivid memory of the war at that time is when lights were taken (put out) at 9pm normally the curtains would be opened to enable us to get fresh air. From 3rd September schools were meant to be blacked out but we weren't prepared for that. We only had thin cotton material which let some light through. I remember on several occasions we were told off by the matron, in charge of our health and welfare, not to use torches in the dormitories because the air raid wardens had complained of the 'search light displays' coming from the dormitories.' (http://www.bbc.co.uk/history/ww2peopleswar (Childhood and evacuation, Article ID: A4375299, My Experiences in the South Hams )

Devon might be a large and mainly rural county, but it did contain major targets for bombing raids such as the Plymouth dockyards. In March and April of 1941 the centre of Plymouth was devastated by what has been called The Plymouth Blitz (Brian Moseley, Plymouth Data website http://plymouthdata.info/index.htm): Henry Naylor was soon advertising that Ashburton was 14 miles inland and a safe distance from the city (Western Morning News 1 Jul 1941 p1 col 5)

As the war started drawing to a close, so did Henry Naylor's enterprises – at least as far as Ashburton was concerned. By 1944 the girls' school was at Coombeinteignhead: the boys' preparatory department either moved at the same time, or shortly afterwards. Miss Mary S Pim moved with the school to its new home. By the end of the following year Ashburton College was at Highwood, Newton Abbot. The reasons for the move were probably financial – Heather Woodley recalls that numbers were dwindling at the time. Newton Abbot provided a larger catchment of local pupils, and better transport links for those pupils who travelled to the school – either daily, or as boarders. 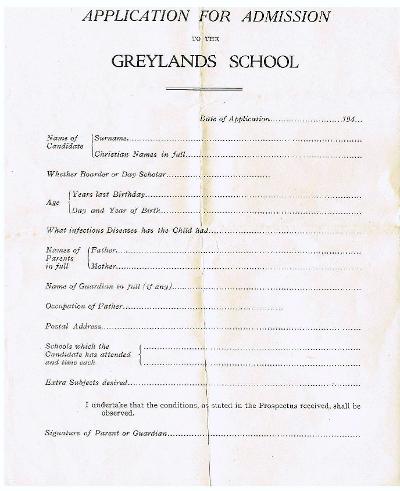 Above: Admission form for Greylands, Newton Abbot.
Right and below: A booklet about the school.
Many thanks to John Milton for these photographs 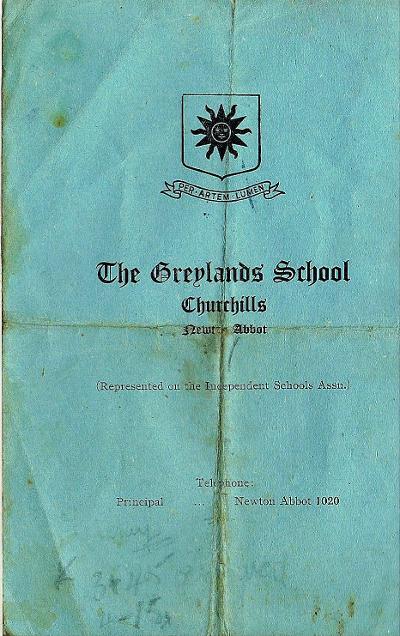 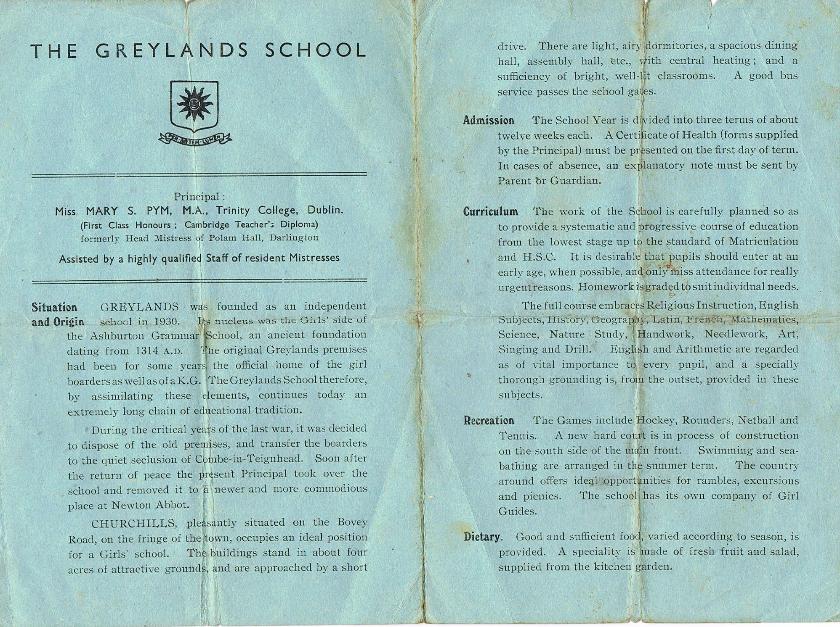 Below: Two letters to Mrs Milton in 1949. The first deals with collecting the children for the school holidays; the second is seeking a subsciption for a gift for Miss Pim, who was leaving at the end of the summer term.
With thanks to John Milton. 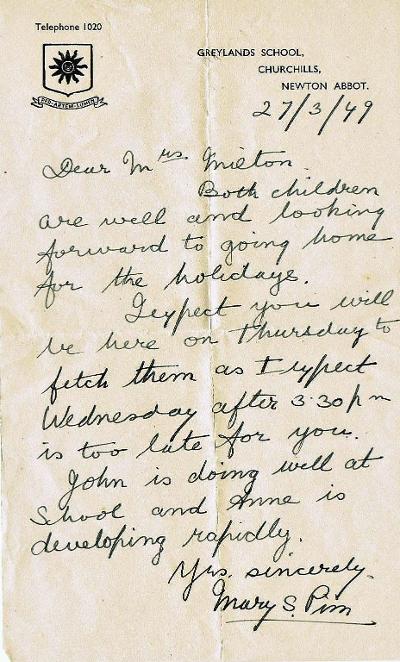 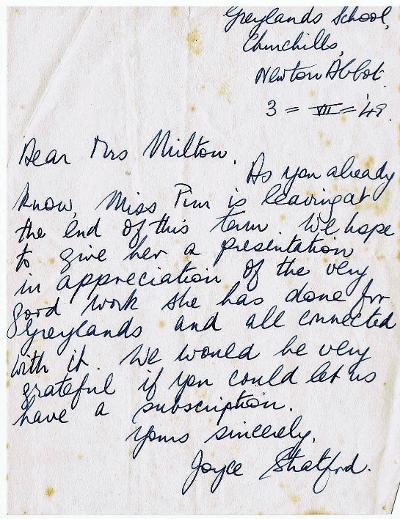 Mrs Clare Wilson MA Hons, Manchetser, was the headmistress in October 1949.
Western Morning news 11 October 1949, p2 col4
By the mid 1950s a Mr N A and Mrs Callender were running the school.
Many thanks to Elizabeth Hatchell for this information

The most likely candidate for Mr Callender is Norman Alexander Callender, born in Edinburgh and living with his widowed mother Jessie in Brighton at the time of the 1911 census.
As Henry Naylor taught at Steyning from 1906-1909 and from 1912-1918 it is possible, if Norman attended Steyning Grammar School, that Henry Naylor taught him.
By 1939 a Norman A Callender was teaching at Eton; on the 1939 register his date of birth is given as November 14th, 1904.
The death of Norman Alexander Callender, born Nov 14th 1904, was registered in Bideford in the first quarter of 1991.
1911 census, piece no. 5160
1939 register
England and Wales Death Transcriptions, 1837-2007, available via https://www.findmypast.co.uk 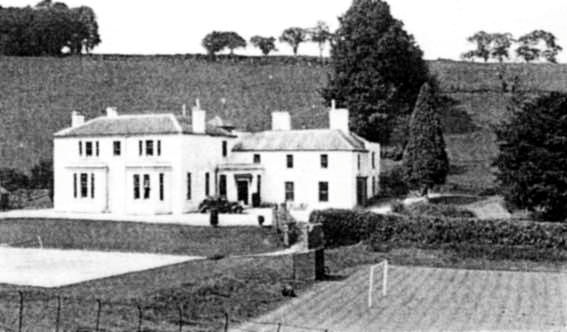 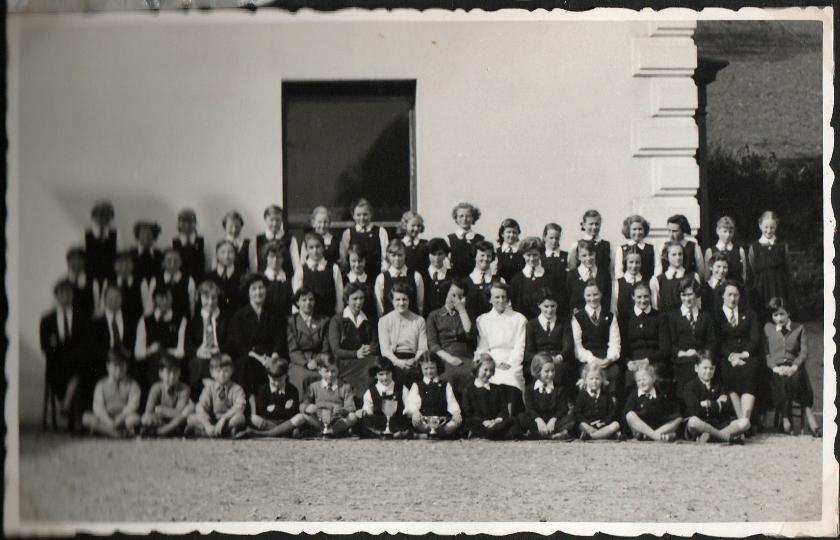 Below: Third form with Mrs Squires and Miss Nichols 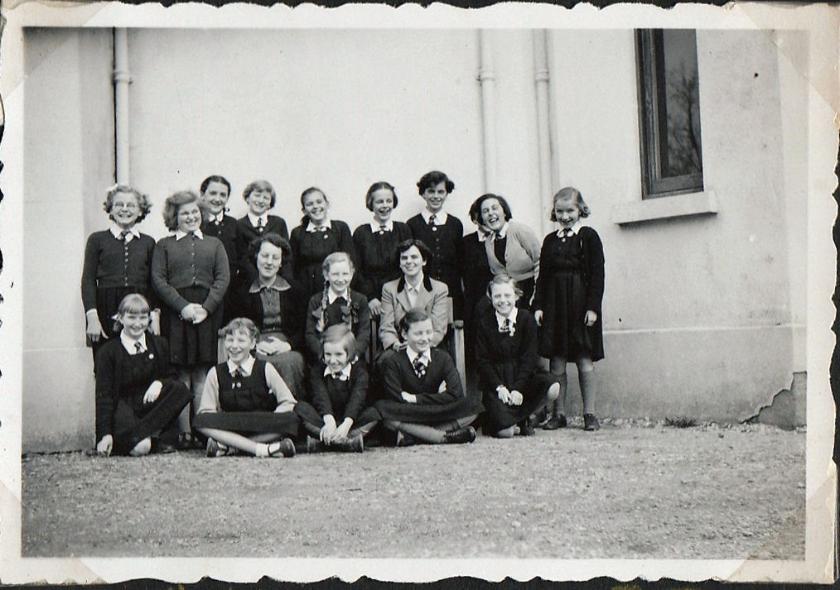 Below left and right: Dancing on the staff lawn, 1955
Many thanks to Elizabeth Hatchell for all of the photographs of Greylands Newton Abbot 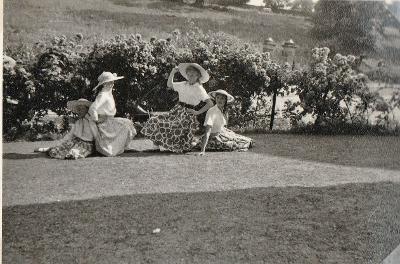 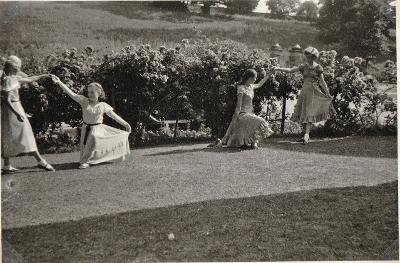 Henry Naylor sold 83 East Street (ie Ireland House) to a John D Gregory in 1945 (Conveyance 1945, National Archives http://www.nationalarchives.gov.uk/a2a) for £1790.  A number of people remember Buckfast Abbey owning the Wilderness, and it seems likely that Henry sold this property directly to them at about the same time.

What was the Evacuees' School ? 121 evacuees arrived in November 1939, from St Patrick's LCC (R.C) school in London. 30 went to Buckfast and were educated at school there: the rest were billeted in Ashburton, and attended The Wilderness School. This was by arrangement between Devon County Education Committee and the Roman Catholic authorities at Buckfast Abbey (24 Nov 1939 Western Times p9 col 3).

Wendy Major remembers the Wilderness evacuees, in their blue and grey uniforms, being taught in Ireland House.

It is not known whether later evacuees also attended The Wilderness. 340 children arrived in Ashburton in June 1940 (Western Morning News 22 June 1940 p6 col 3) who may have been different from those that The Western Times reported, as a second batch, 6 days later: 250 children and 12 adults, all Roman Catholics, and all from London (28 Jun 1940 Western Times p7 col 1) There were some accommodation issues: The Western Morning News said that most billetting difficulties were caused by the children themselves, because brothers and sisters refused to be separated. The paper said that the children could have been billeted “much more simply by sending them to different houses” (ibid)

In January 1942 there was a tea and social at The Wilderness for about 30 London women. Assisting at the tea was Mrs T Tubridy, the official LCC helper, the teachers of the Roman Catholic School, and Mrs J C Rosewarne, who had made and presented "a fine iced Christmas cake, which was greatly appreciated".
At the same event Miss M Fox, a teacher, was at the piano to accompany dancing, there were songs, and a "fine exhibition of an Irish jig". (2 Jan 1942 Exeter and Plymouth Gazette p3 col2), Later that same year Father Fitzgerald, parish priest of St Mary and St Michael, Stepney, visited women parishioners billeted at Ashburton: it seems likely that these were the same women  (15 May 1942 Exeter and Plymouth Gazette p5 col4)
***

When Greylands moved to Coombeinteignhead (by 1944), Heather Woodley stayed with the Ashburton School for about a year. Nuns, possibly from Totnes, ran it for a short while - they brought some pupils with them. Heather remembers that she had to call the headmistress The Good Mother, and she also recalls that there was Mother St. Patrick and Mother Theresa, the latter teaching music. There were prayers every morning, but pupils were excused if they were not Roman Catholic.

Hilary Beard recalls that the school was then called Les Filles de la Croix, and also remembers The Good Mother, who reassured her when she was worried about making a mistake with a drawing. 'You will make mistakes throughout your life' the Headmistress said, 'it is nothing to worry about'.

The school was very keen on poetry recitations, and Shakespeare: 'We did Julius Caesar so often that Rosemary Davies could recite the whole play by heart'. Moyra Babbington taught drama at the school, which won prizes at an arts festival held in Paignton.

Not everyone had happy memories of the nuns.
'My brother and sister, Martin and Patricia Daw went to Greylands in the 1940s. The nuns tied my brother's left hand behind his back because he was left-handed.'
Many thanks to Adrian Daw