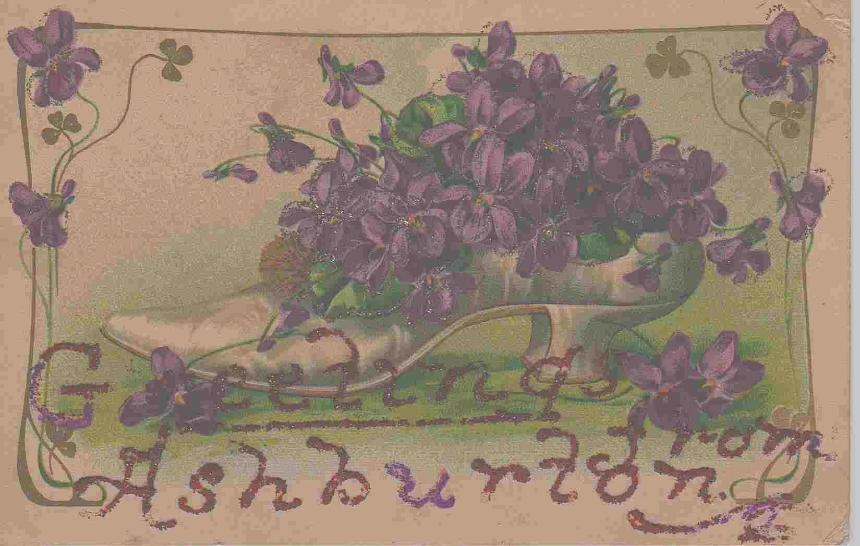 Some visitors to Ashburton, and their comments where available - not always complimentary.

'Raleigh set out for London, but had proceeded only twenty miles when he was met at Ashburton by his relative Sir Lewis Stukeley, Vice-admiral of Devon, who had been commissioned to arrest him......he was henceforward distinguished by the appellation of Sir Judas Stukeley'.

Samuel Pepys stopped at Ashburton in 1671 during a tour to inspect the royal forests (in order to report on the timber that the navy could use). The bill for his stay was £1 6s

In the evening I preached in the street at Ashburton. Many behaved with decency; but the rest,

with such stupid rudeness as I have not seen, for a long time, in any part of England.  John Wesley August 30 1766

Aug 8th, 1795. Ashburton is a pretty little town, standing in a hollow. After ordering dinner at our inn, we walked into the town to see it. As we were going out of the inn, we were surprised on looking up at the door to see in large letters: Blessed be this happy day. God bless the Royal Pair -1789.

On enquiry, we found that the King* and royal family had stopped at the inn in their way to Plymouth on the day mentioned. We were much surprized to hear from our landlord that the Duke of Beaufort was expected there every hour, and that horses were waiting for him; nor were we able to devise any reason for this sudden movement.**

Journal of a Tour around the Southern Coasts of England, John Henry Manners, 5th Duke of Rutland, London, 1805, p100

** See Crime and Punishment for the reason why the Duke of Beaufort was in the town.

1850 Abraham Cann, Devon Wrestling Champion, arrived in Ashburton to adjudicate in a disputed wrestling match. According to Edward Foot, writing to the Western Times in 1879, he stayed 3 days, being 'almost worshipped' by the inhabitants. Henry Caunter, a talented Ashburton artist, painted a portrait of Mr Cann, which was then raffled - 40 people paid 10s each for a ticket. The painting was won by Robert Mugford of the Town Arms, and after his death the picture was bought by Edward Foot, a dealer. In 1879 Mr Foot had the painting for sale, claiming that it was the only true likeness of Abraham Cann, and the only painting of him ever done in oils.

The portrait is now in the Royal Albert Memorial Museum and Art Gallery, Exeter. For a biography of Abraham Cann by the curator, and to see an image of the painting, go to http://www.livinghere.org.uk and search under 'Cann'.

In 1854 the ex-Queen of France* arrived in Ashburton, en route to Tavistock. She stayed briefly at Bates' Golden Lion Hotel and 'walked through the principal streets'.

* Presumably Maria Amalia of Naples and Sicily, the widow of Louis-Philippe, who had been King of France until his exile in England in 1848. He died in 1850; she in 1866.

1859. Some members of the Russian Royal Family visited Ashburton, stopping at Mrs. Bishop's Golden Lion Hotel. They had been staying at Torquay.

In November 1896 the newly married Ramsay MacDonald and Margaret Gladstone were staying at the Golden Lion Hotel. Ramsay wrote to Florence Gladstone* 'on a very shaky table'. Later he added 'how this old table does shake'. He must have been hoping for anonymity on his honeymoon, because he told Florence that his usual luck had followed him, coming face to face with an old friend as soon as they had left the train: this friend was 'professing' agriculture for Devon County Council. Ramsay walked on as the friend looked at him, 'he knew I had no sister and was absolutely certain I had not married'. He told Florence he was expecting to hear that the friend had encountered a double at Ashburton.
The couple were about to travel across Dartmoor to Pricetown and Tavistock - they were then going on to Tintagel.
Jane Cox, ed., A Singular Marriage, A Labour Love Story in Letters and Diaries, London 1988, pp180, 181
*I believe this was Margaret's sister

*******
1920s. An event which united the town was the visit of the Prince of Wales. Everyone assembled in the lower end of North Street, children in Scout, Cub, Guide and Brownie uniforms waiting in hushed silence for the heir to the throne to arrive. His brother, the Duke of Kent, who was the taller of the two young men, accompanied him and was, I thought, the more handsome of the pair. They walked down the street occasionally stopping to speak to someone in the crowd and then departed to view the duchy estates. It was a very informal affair: looking back the security seemed non-existent.

Many thanks to Hazel Bray for the above account

A town of great charm.......no buildings of individual importance, but much to delight the eye" Nikolaus Pevsner