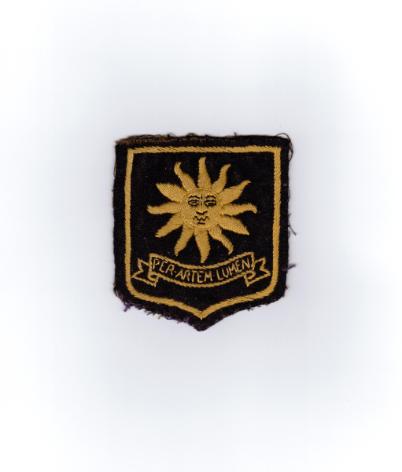 "All that sticks in my mind is that one of the headteachers - I think it was a man, so probably the one at the Wilderness - only hired staff for a term at a time in order not to have to pay them during the school holidays" (Ian Stoyle)

Starting up a business in 1933 was a bold step. Here was a man with 4 children, the youngest of whom was 11, giving up an apparently secure career and income. Wall Street had crashed in 1929, and both the UK and America were in severe depression – it was not an optimistic time to go it alone. However, the first year of the girls' school must have given him reason to believe that it was worth the risk, and he immediately turned his energies into private education for the boys. This might have already been in his mind when he purchased The Wilderness at the top of East Street: it had come onto the market in 1931 following the death of the then owner, Edwin Tucker. (Western Times 13 Feb 1931 p6 col 6; Western Morning News 21 Nov 1931 p3 col 6) By August of 1932 Mr. Naylor was considering the relative costs of cooking with gas and electricity at the property, and sought help on this matter from readers of the Western Morning News. (Western Morning News 11 Aug 1932 p3 col 3)

In January 1933 the new Wilderness School was open, and in one of many advertisements that appeared in the Western Morning News and other local papers, he announced that both The Wilderness and Greylands Schools were being organized by himself. (Western Morning News, 11 February 1933 p3 col 5) The close ties between the schools can be seen in a joint photograph (date unknown) now kept in Ashburton Museum, entitled Ashburton College and High School – to all intents and purposes, we seem to be seeing one school.

The schools were spread over several buildings, with different uses at different times: Hazelwood House, Ireland House, Greylands and The Wilderness. In 1935 the High School had 5 classrooms, a laboratory and playing fields. The School Museum was at Ireland House. (Kelly's Directory of Devonshire 1935) Within the next couple of years the boarding side of The Wilderness School had moved to Ireland House, from Hazelwood, where a new physics and chemistry laboratory was established (Wilderness School Magazine 1935-1936.) This may have been in the long building that Bill Spry remembers being built behind Hazelwood.

The qualities that Henry Naylor wanted to emphasize over the years were: 'sound and efficient education', very moderate cost and, perhaps unsurprisingly, complete freedom from bureaucratic control. The tuition fees for the new High School in 1930 were 3 to 4 guineas a term*, with 13 to 16 guineas for board (Western Morning News 5 Jul 1930 p3 col 5);** by 1944, the Ashburton college fees were 20 to 26 guineas per term. (Western Morning News 23 May 1944 p1 col 5) Limited expenses for parents inevitably meant a paring back of wages for the staff: a prospective candidate for the post of Junior Master for games and elementary science in 1941 could have had few illusions when he answered an advertisement that stated 'Light duties, small salary.' (Western Morning News 11 Oct 1941 p4 col1)

We do not know how the remuneration of the headmistresses of Greylands was arranged, but there was a fairly rapid turnover. Was it significant that Miss M. J. Sharkie, the first headmistress, left at the end of the summer term 1933 ?  Miss M. B. Thomson was head in 1935 but by the December of 1938 Miss W. Bowler had taken over. Miss L A Baker was headmistress in March 1943, succeeded in June by Miss Mary S Pim (For sources see Staff and Pupils page) 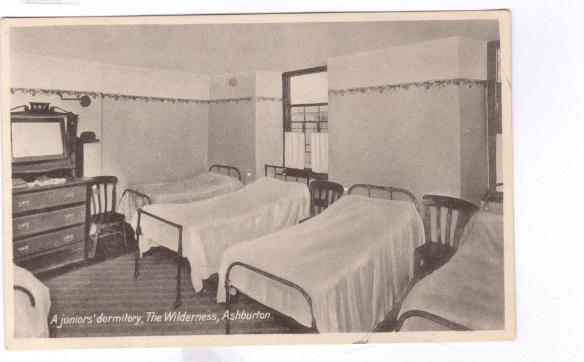 * Guineas were pounds plus the same number of shillings (a shilling being a twentieth of a pound). Thus 1 guinea was one pound one shilling, 3 guineas was three pounds three shillings. 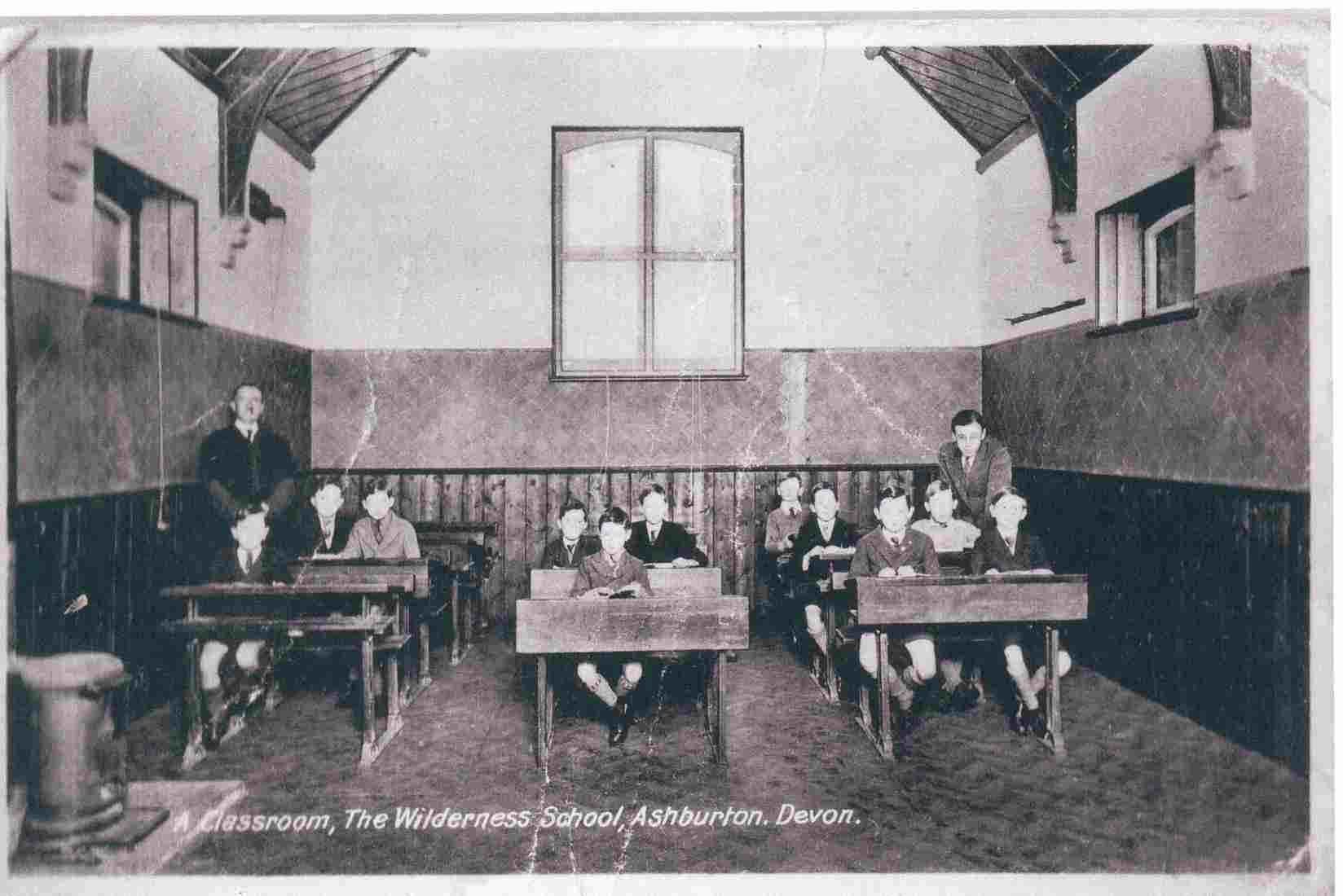 Photo courtesy Wendy Major
May 1935 saw the publishing of the first Wilderness School magazine. The Editorial asked, 'How many boys in England still come to school on their ponies? Not many we think; yet we have two boys who may be seen on a day riding in to us in this way, as boys from the surrounding villages - Widecombe and Woodland, Holne and Buckland, must have jog-trotted their way on little moorland ponies over rough roads to school in Ashburton for centuries.'
The Wilderness School Magazine, 1934-35, p2
Many thanks to Susan Worman
Practical work would soon begin in the new Physics and Chemistry laboratory.
ibid p3