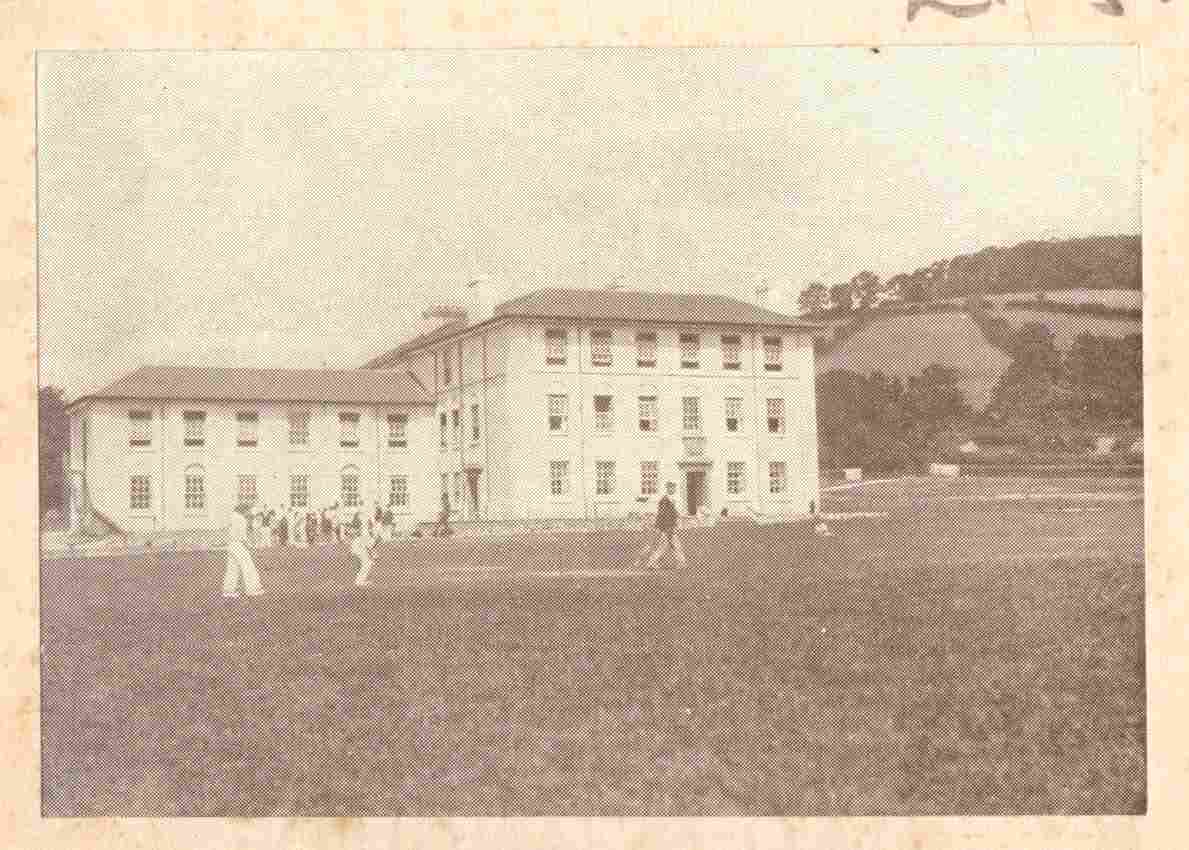 By 1958 more classrooms had been built than is shown in this earlier picture.

Jos Reayer (who signed the certificate opposite) was headmaster from the beginning. 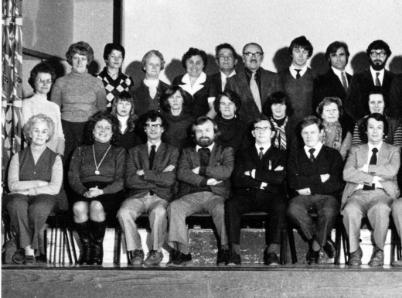 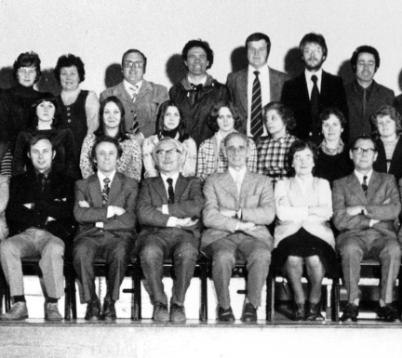 Ashburton Secondary School, originally a boarding house for the Grammar School,* came into existence in 1958. Until that time pupils stayed at the Elementary School until they either left to go to a Grammar School (Totnes or Newton Abbot once the Ashburton Grammar School had closed), or left to start work. 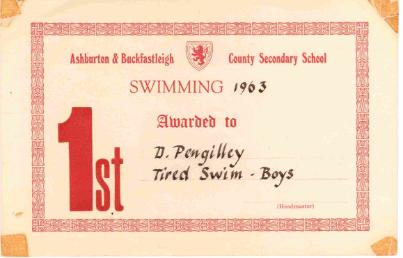 Thanks to Sue Pengilley for the above item 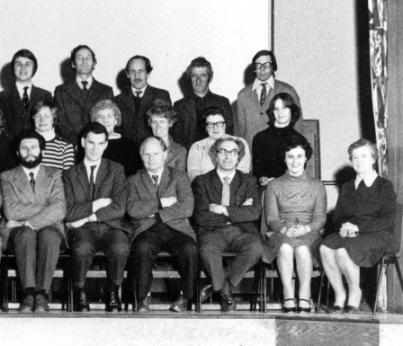 Staff mid 1970s. The school had become a Comprehensive by this time