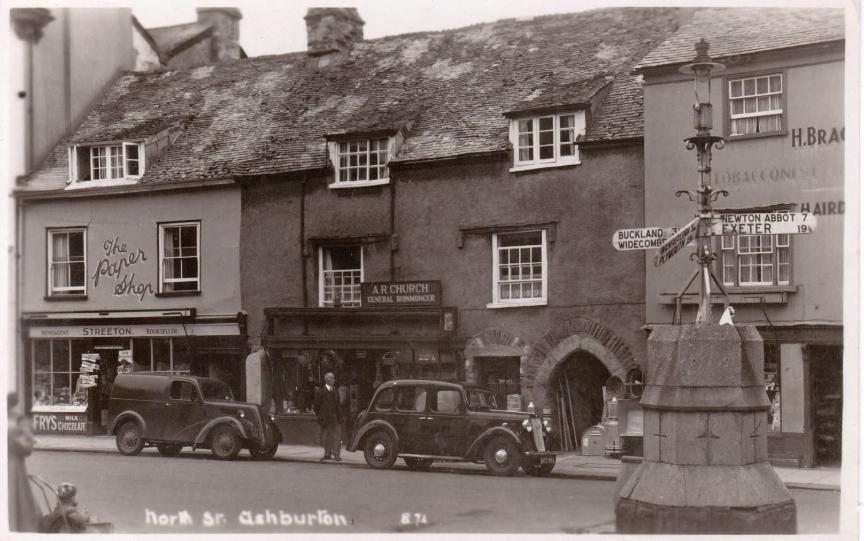 Above: The Paper Shop, date unknown. The proprietor was Streeton.
From my own collection

1872 The Daily Western Times is advertised as being available at Mr Lamason's, although where Mr Lamason's was at this time is uncertain.

In the 1891 census Osmond Lamason, newsagent, is living with his two sisters in North Street. A 'virtual walk' through the census shows that he is very near the bullring on the eastern side of the street. Maria Langler, nee Lamason, later runs the Paper Shop - it seems a reasonable assumption that Osmond was at No. 6.

Agnes Ann Lamason, one of Osmond's sisters, is listed as a newsagent in North Street in Kelly's Directory 1902

In the 1911 census Agnes A Lamason is a newsagent and stationer in North Street, assisted by her niece Maria.
http://ancestry.co.uk

Businesses advertising in the Guide to Ashburton - Ashburton Urban District Council, undated, but between1930 and 1935

Right: Advertisement for A Lamason from a
promotional booklet for the Golden Lion, undated but probably late 1920s
From my own collection 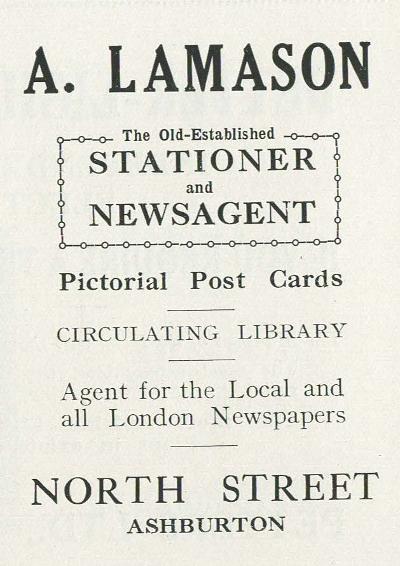 On Saturday evenings Lamasons the paper shop was always crowded, people came to pay their paper bill and Maria and her husband Stanley Langler* presided behind the counter talking and enjoying the social atmosphere. They sold the current magazines of the day, Weldon’s Lady’s Fashions being a great favourite, as many people owned a sewing machine: often infants and girls clothes were made at home,  My mother was interested in the pattern books of Maria (who was French). She would say “Take it home and see if you want it, if not bring it back!” They had a very small lending library:  a book could be borrowed for a week for tuppence. It was such a casual system that little money could have been made. Authors included Zane Grey (cowboy stories) and Ethel M Dell. Sweets and chocolates could be bought there, a speciality being Granny Lamason’s toffees. These were two inch lengths of a very dark bar containing a couple of nuts. It was twisted in the middle. The Lamasons had come to the town from France in Victorian times and the old woman had a basket shop where the museum is now (1 West St.)

Many thanks to Hazel Bray for the above account. See also Hazel's account of Jack Lamason, under Remarkable and Interesting people. 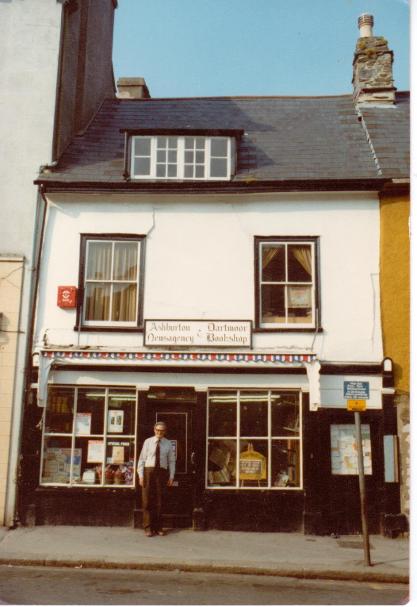 Harold and Evelyn Lowell bought The Paper Shop in 1961
My own recollection
Left: Harold Lowell outside The Paper Shop, at that time incorporating The Dartmoor Bookshop, 1970s.
From my own collection 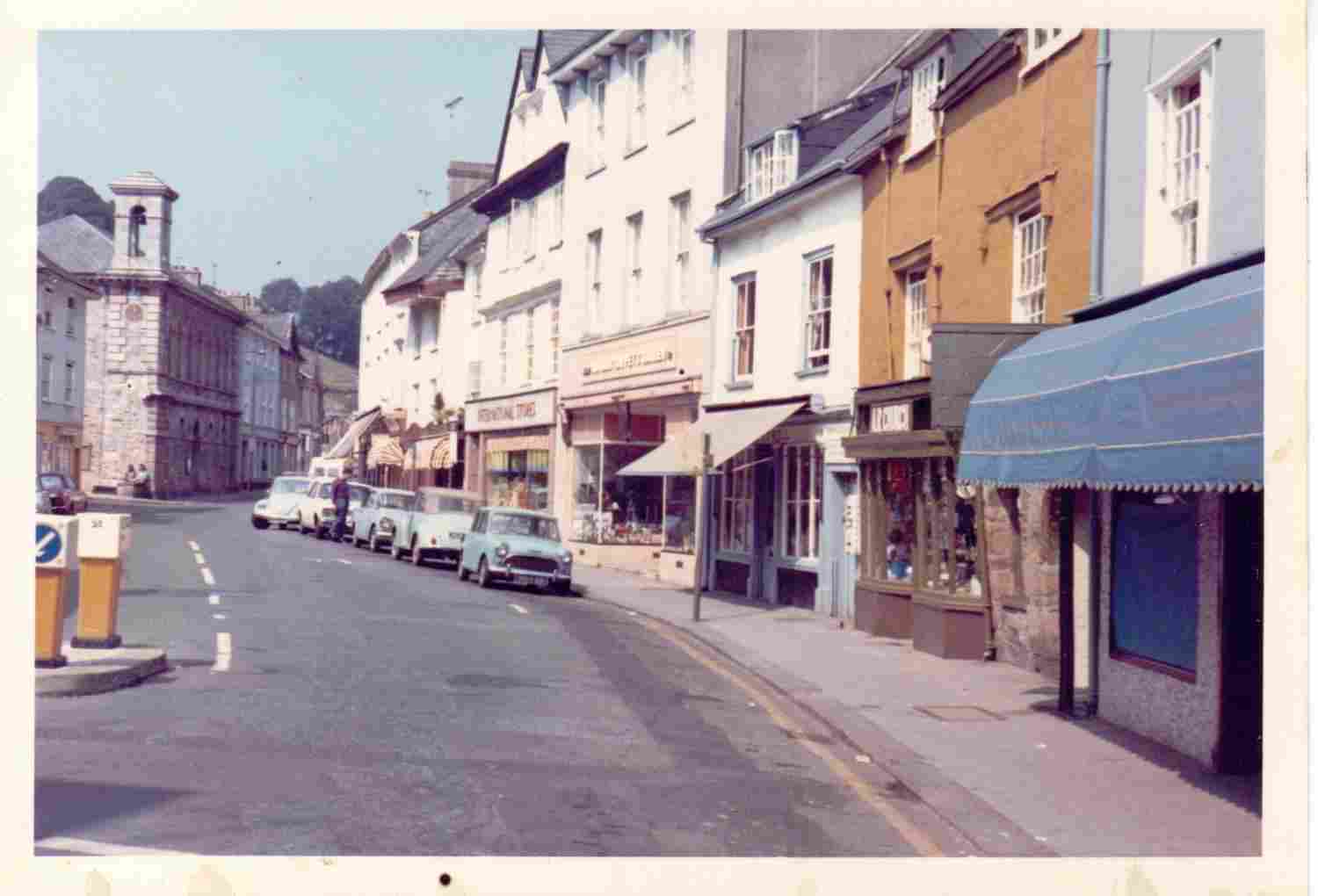 Above: 1970s. The Paper Shop is third from the right, with the white blind.
From my own collection
Mid to late 20th century
Margaret Hext
Margaret worked at The Paper Shop for years - possibly all her working life. If you had to choose one word to describe her, it would probably be 'sharp'.
One customer was known to have items from the shop that didn't go home via the till, but Margaret had a singular way of dealing with him. 'That will be ten and sixpence,' she said, as he presented goods at the counter, 'and two bob for the one under your coat'.
She never married.
My own recollection 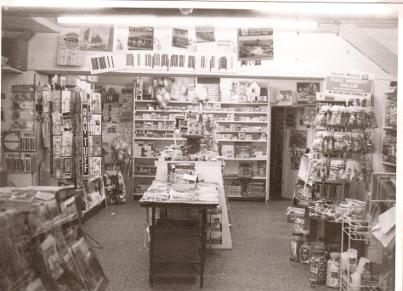 Above: Interior of The Paper Shop, 1970s
From my own collection