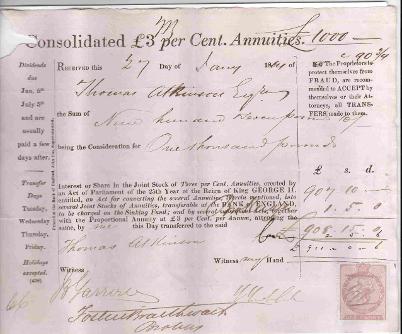 Right : A carte de visite, just under 6½ cm x 10½ cm (2½ x 4 "). These became so popular in the1860s that the craze for acquiring them - particularly those images of the rich and famous - or for having your own portrait produced, became known as cartomania. These small cards became increasingly affordable, and were capable of being reproduced, so several copies could be purchased and distributed to friends and family. 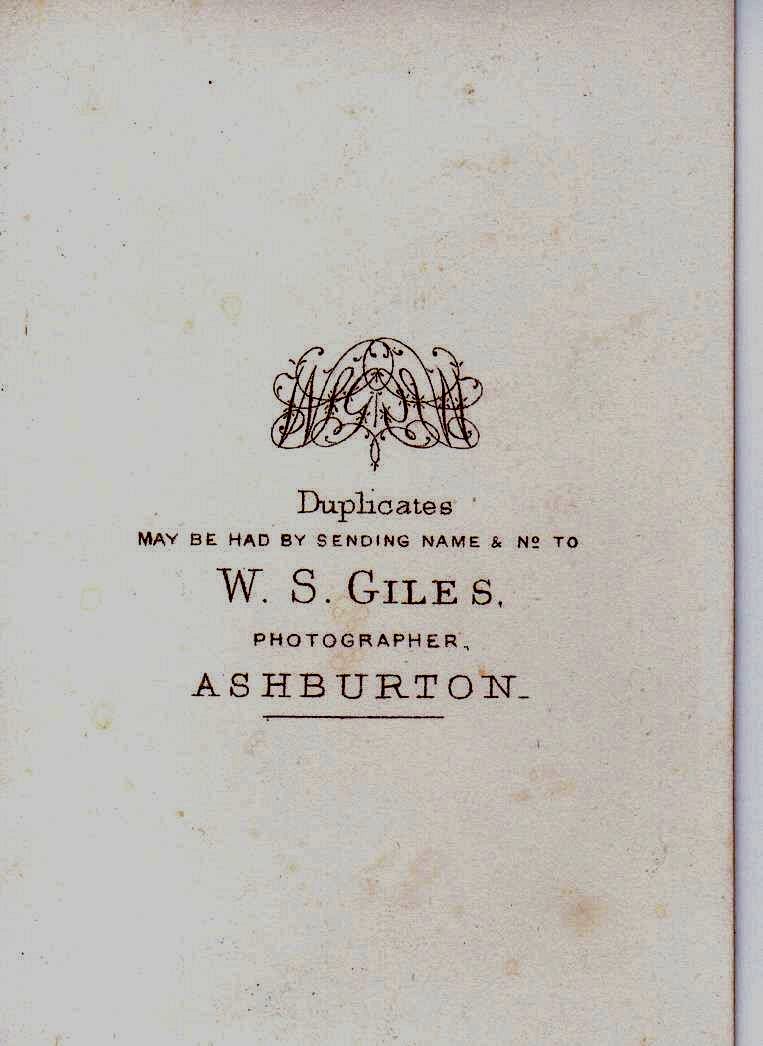 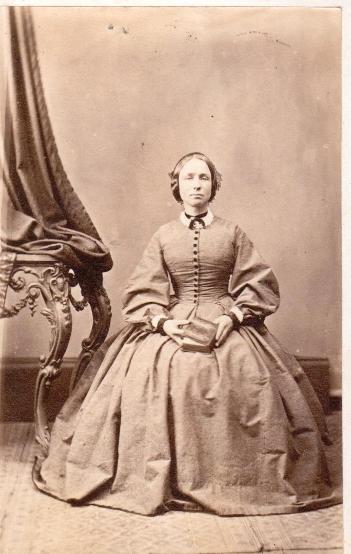 Consolidated annuity bonds were created by the government in 1751 - as the name suggests, it consolidated previous bond issues. The idea was to create something safe, paying a known amount - throughout most of the 19th century this seems to have been 3 per cent

'What crowds of people there must be in this country who have their money in the three per cent Consols!'

Max Schlesinger, Saunterings in and about London, 1853 quoted in http://www.victorianlondon.org/finance/bankofengland.htm 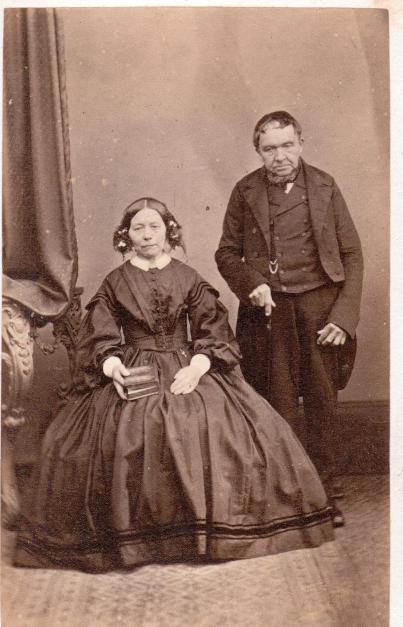 Both cards here (from my own collection) have the name W S Giles, photographer, Ashburton, written on the reverse. The ladies' full crinoline dresses suggest a date in the 1860s - which was when cartomania was at its height. 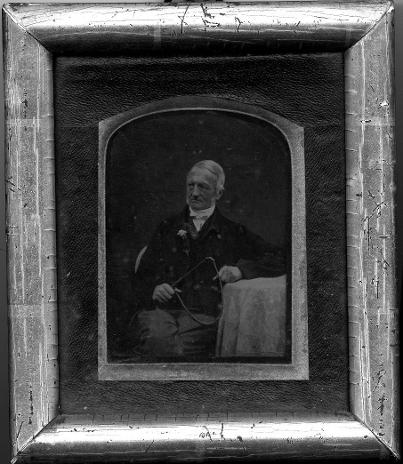 Above: Joseph Fitze. This picture is possibly from earlier than the 1860s - however, it cannot be later than that decade, as Joseph  died in January 1862

Many thanks to Lerida Arnold for the above photograph

In 1828 Joseph was the agent for the Phoenix Fire Office.

Joseph was at one time the registrar for Ashburton. (Peter Foot was deputy registrar).

As registrar he received 'large bundles of ........forms' in connection with taking the census in 1851